There are a couple of reasons to be paying attention to what’s happening in Canada’s oil industry right now:

With respect to the last point, look no further than the EU or North America for examples of how this is playing out. In the U.S., we have seen polarized and frequently divisive discussions about the Keystone XL pipeline, which so far have culminated in President Obama vetoing a bill to approve its construction (despite the efforts of a group of Republican senators). In the EU, the Fuel Quality Directive was introduced in 2009, directing oil companies to reduce the carbon intensity of their transport fuels by 6% by 2020. The Directive also included a proposal for oil companies to report accurate, company-specific carbon values for their different oil.

While this proposal has since been watered down, it points to the potential trade issue should a similar bill be enacted in the future, i.e. the possibility of border tariffs based on higher carbon content fuels.

Not all oil is created equal

While you or I might not notice any difference at the pump, there are differences between how different oils – such as oil sands, heavy oils, and oil shale – are extracted and processed. Technological advancements have made it possible for us to access hydrocarbon deposits that were off-limits up until now. The resulting extraction processes are frequently much more greenhouse gas (GHG) emissions- intensive than traditional methods.

A new way to look at oil: the Oil-Climate Index

Earlier this month, the Oil-Climate Index was launched by researchers at the University of Calgary, the Carnegie Endowment for International Peace and Stanford University, to compare the environmental impact of different types of oil. The report, “Know your Oil: Creating a Global Oil-Climate Index”, compares 30 global crudes, taking into consideration how each is drilled, refined, shipped and burned.

An eye-opening fact from the report: there was an over 80 percent difference in total GHG emissions per barrel of the lowest GHG-emitting oil and the highest. 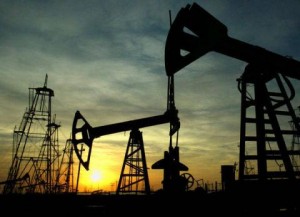 The researchers’ goal is to share information that will help the industry manage and reduce emissions, inform public discussion, and inform policymakers’ decisions on future infrastructure investments. In addition, it could potentially inform decisions around particular policy mechanisms, such as a low carbon fuel standard, and/or contribute to the debate and discussion about potential trade issues.

However, they acknowledge that extracting good data from the oil industry is almost as challenging as extracting the crude itself. There needs to be more data, and more consistent data, for the database to be truly useful.

However, at a time when oil-related discussions among policymakers are increasingly fuelled by party rhetoric and not science and facts, efforts like the Oil-Climate Index could lead us towards science- and fact-driven discussion and decision making.

What do you think…is the Oil-Climate Index a worthwhile initiative?