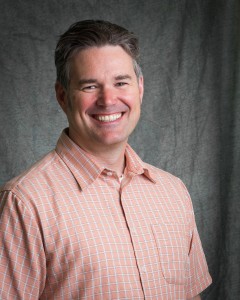 We are delighted to announce that Ted Ferguson has been appointed as President of The Delphi Group. Ted had been operating in this role on an interim basis while Mike Gerbis, CEO of The Delphi Group, was seconded over to the GLOBE Series of Conferences to lead the delivery of GLOBE 2016.

Ted has been a member of Delphi’s senior management team for 12 years, and has a strong history of ensuring that Delphi’s services are tailored to client needs and offer the optimal business solutions for sustainability challenges and opportunities. In his previous role as Senior Vice President, Ted provided strategic advice and guidance on sustainability and carbon issues, oversaw Delphi’s popular sustainability performance benchmarking services, and – on behalf of Delphi – provided strategic leadership to the EXCEL Partnership. Ted will continue to work in a senior advisory capacity with clients while providing overall oversight of Delphi’s operations.

Prior to joining Delphi, Ted worked for BC Hydro, where he was responsible for corporate sustainability strategy, policy engagement on carbon regulations, and climate change risk management. He also helped develop the first set of rules and guidelines for the international emission markets while working at Foreign Affairs Canada. Ted began his career at the David Suzuki Foundation.

We hope you will join us in congratulating Ted on his new role. We are thrilled that The Delphi Group has yet another leader who lives by our mission: having fun while changing the world for the better.

Since the day-to-day running of The Delphi Group is now in Ted’s very capable hands, Mike Gerbis will fully assume the dual roles of CEO of The Delphi Group and CEO of the GLOBE™ Series of Conferences. As CEO of Delphi, Mike will continue to work with Ted and the senior team to grow the business and to ensure that Delphi continues to deliver exceptional outcomes for clients. As CEO of the GLOBE Series, Mike will work closely with Chair, Chris Henderson, and Chief Operating Officer, Nancy Wright, with the goal of making the GLOBE Series a catalyst for innovation, partnerships and solutions that support the shift to a low-carbon economy.

The GLOBE Series organization will continue to deliver the preeminent sustainability summit that is held every two years in Vancouver, in addition to new initiatives such as GLOBE Capital: Financing the 21st Century, which will take place in Toronto in April 2017.  This is just the beginning, so stay tuned – there will be much more to come!