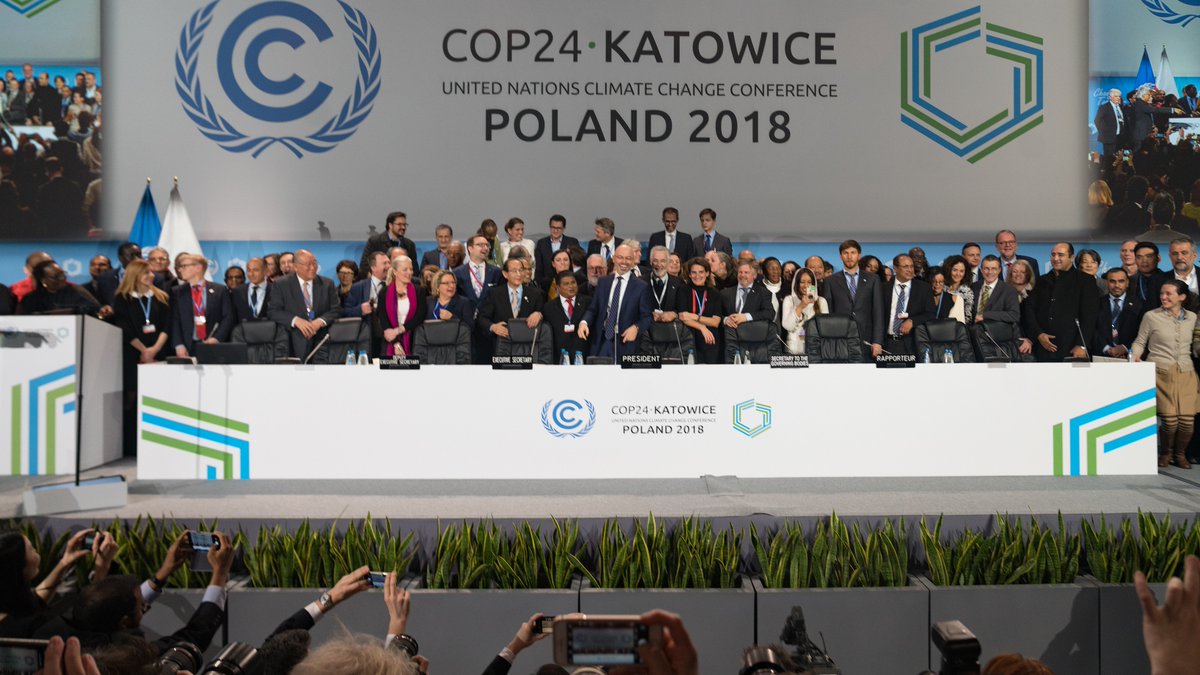 During the first two weeks of December, more than 22 000 people from around the world gathered in Katowice, Poland, for the UN Climate Change Conference, COP 24. Delphi was on the ground with a dynamic delegation of Canadian leaders from business, government and civil society.

The goal of the meeting was to develop a rulebook that will guide countries as they implement the Paris Agreement. While negotiators worked long and hard toward this goal, there were a few bumps along the way – which is not particularly surprising given the UN process requires unanimous agreement from more than 190 countries.

Consensus was not reached on a comprehensive rulebook, but negotiators did agree to some key elements referred to as the Katowice Climate Package. Negotiators adopted rules and procedures on mitigation, transparency, adaptation, finance, periodic stocktakes, and other Paris provisions.

However, countries couldn’t reach agreement on guidance for international cooperation on carbon markets, known as Article 6 under the Paris Agreement.  Despite this being a potential opportunity to engage business in climate action, there was no agreement on (1) how countries could link their markets, or (2) a mechanism that would allow the private sector to generate and sell emission reduction units. Decisions on Article 6 have been deferred to COP 25.

Many were disappointed by the lack of progress, particularly in light of the most recent IPCC climate report that asserts we have a little over a decade to make deep cuts in carbon emissions. However, there were a number of new and noteworthy initiatives highlighted at COP24.

Leading fashion brands, retailers, supplier organizations, major shipping companies and others in partnership with the UN launched the Fashion Industry Charter for Climate Action to address the climate impact of the fashion sector across its entire value chain. More than 40 signatories, including adidas, Burberry, Gap Inc. H&M Group, Kering, Levi Strauss & Co., global logistics company Maersk, and other organizations, including Business for Social Responsibility and Sustainable Apparel Coalition, have committed to take action on 16 principles and targets outlined in the Fashion Climate Charter.

The sports sector and the UN launched a Sports for Climate Action Framework for sports organizations, teams, athletes, and fans to collaborate on climate action. Signatories include  the International Olympic Committee (IOC), International Sailing Federation, World Surf League, Forest Green Rovers Football Club, and the Paris 2024 Summer Olympics, among many others. The framework has two main objectives: identifying a roadmap for the global sports community to reduce emissions, and using sports to educate and increase awareness about climate change and inspire sports fans to act.

There was a strong focus from the COP Presidency, Canada and many others on the theme of a “Just Transition,” ensuring that proper support is in place for communities, businesses and workers whose jobs will be lost or transformed as we move towards a low-carbon economy. This theme was also a priority within the Powering Past Coal Alliance, a group of more than 30 national governments, 22 subnational governments and 28 businesses working on clean growth and climate protection by phasing out coal power. At COP 24, 6 new members joined and others shared best practices.

These are just a few examples of the many initiatives gaining momentum at COP. However, overall the slow pace of negotiations is at odds with urgent and inspiring calls to action from youth, scientists and other leaders.

To avert the most devastating effects of climate change, all sectors must be involved in identifying creative and ‘out of the box’ climate solutions and partnerships. We don’t have time to waste.

Melissa Harris is a Director of Policy at The Delphi Group. For more information on COP or Delphi’s policy services, feel free to reach out to Melissa directly – mharris@delphi.ca

We hope to see you at GLOBE Capital (February 26-28, 2018) in Toronto, where leaders in finance, infrastructure and cleantech meet to capitalize on opportunities in the clean economy.