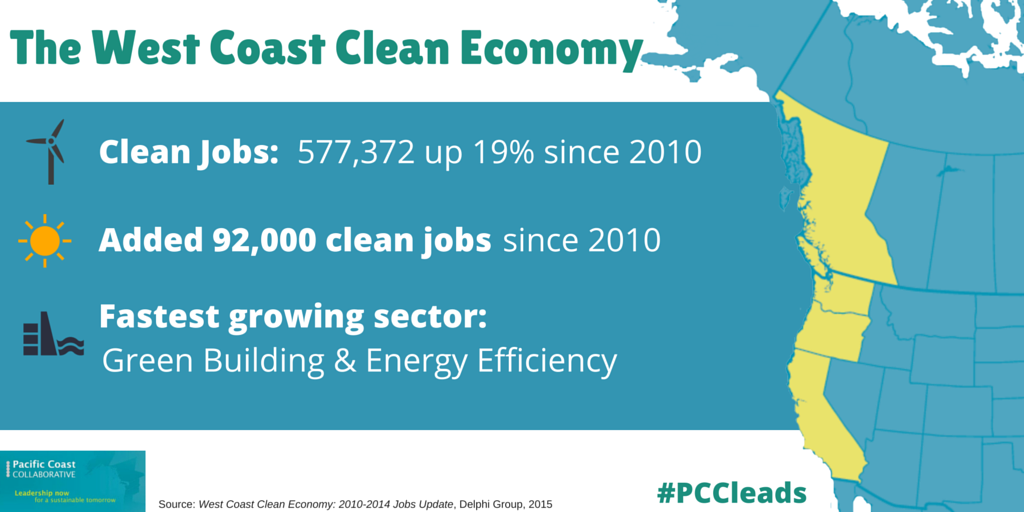 The four jurisdictions highlighted in the report – British Columbia, California, Oregon, and Washington – represent the members of the Pacific Coast Collaborative (PCC), a regional forum that serves as the basis for cooperative action, leadership and information sharing on climate and energy issues. The PCC represents the world’s fifth largest economy, a region of 53 million people with a combined GDP of $2.8 trillion. Their actions are a reminder that sub-national actors can have a tremendous impact on the transition to a low-carbon economy.