The Future of Carbon Markets: California as Crystal Ball? 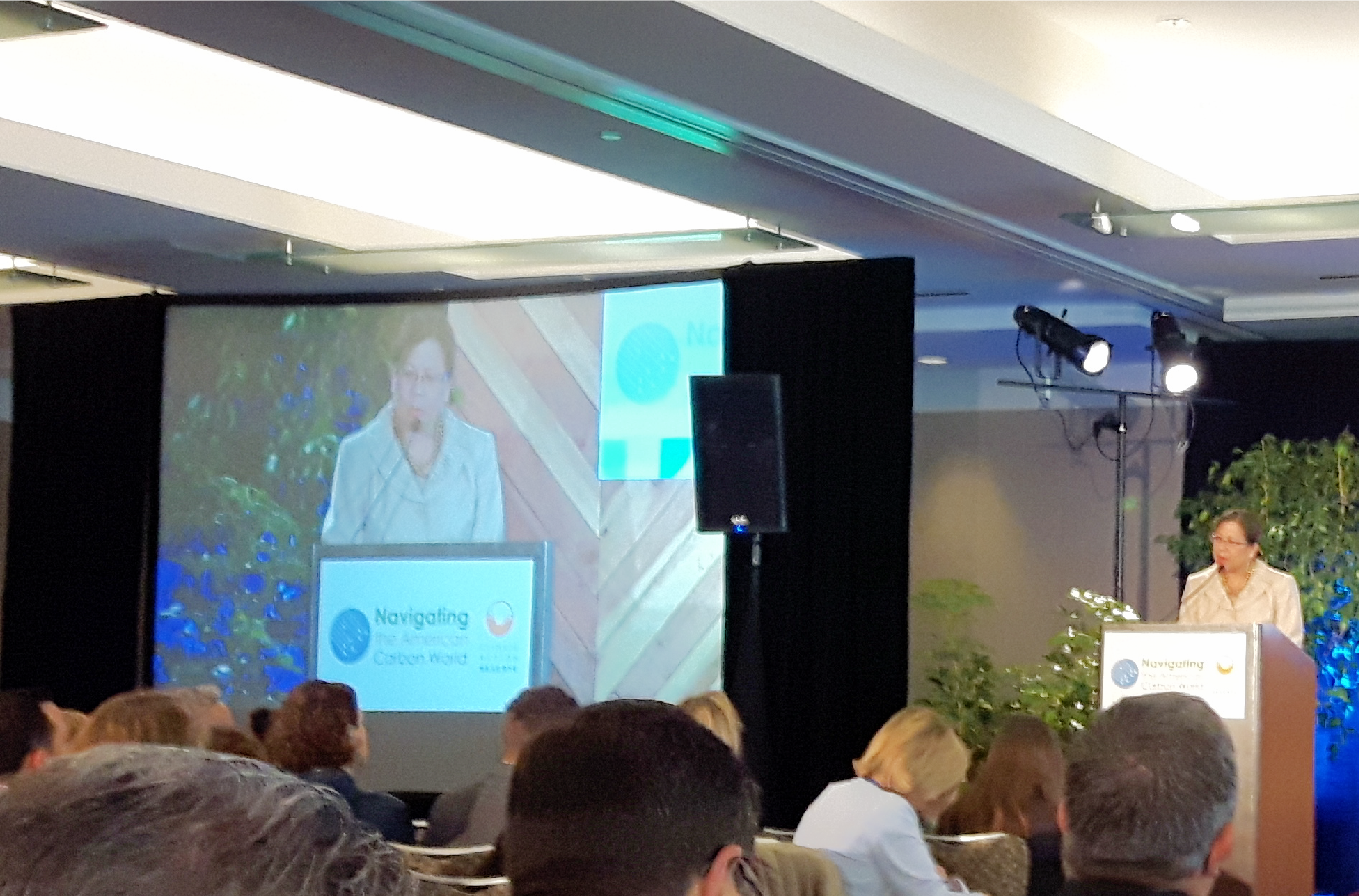 “California standing up for science” – Betty Yee, California State Controller at the opening keynote of the NACW conference

Last month I had the opportunity to attend the 15th Navigating the American Carbon World (NACW) conference in San Francisco. NACW tends to be a great barometer for climate policy and carbon markets in North America, so it was interesting to be there in light of the Trump administration’s 180 on climate change.

In addition, in the beginning of May, a new senate bill was introduced in California that, if passed (and there is certainly no guarantee that it would be), would completely reshape the state’s cap and trade program post-2020.

Here are my thoughts on the key takeaways from NACW as well as the recent developments down south.

Canada and US States Storm NACW

The Trump-sized elephant in the room didn’t seem to deter the legislators from California, Washington and Oregon who were in attendance. It was noted that the critical role of science in climate policymaking is under threat with Trump. However, the consensus seemed to be that there was a lot of momentum and market forces in play, and they had a very positive outlook when it came to a post-2020 low-carbon transition. We should not forget that climate action has long been driven by the sub-nationals in the U.S. Many of these actors have only been further emboldened by the Trump administration.

Canada was also well represented at the conference, both at the federal and provincial levels. Minister Catherine McKenna featured prominently and reinforced Canada’s commitment to carbon pricing.

Ontario’s Minister of the Environment and Climate Change, Glen Murray, was also highly visible at the conference. During a panel discussion, he reminded the audience that we consume eight times the energy our grandparents did, and four times the energy our parents did, so we shouldn’t be complacent in the fight to combat climate change. He urged politicians to lead the effort.

A key Canadian takeaway came from Eric Denhoff, Deputy Minister of the Alberta Climate Change Office. He confirmed that, while development of Alberta’s new output-based allocation (OBA) approach to setting GHG targets for industry is taking longer than expected, it is proceeding well. The majority of OBAs are expected to be approved in the fall. He also gave credit to the federal government for working well with the provinces on this file, which was good to hear.

It was great to see some of the senior government representatives give shout outs to a number of Delphi clients for their environmental and climate leadership, including Goldcorp, NOVA Chemicals, and Carbon Cure.

The Future of Carbon Markets in California…and Beyond

At NACW’s carbon market forecast session, a couple of recent developments and concerns were covered:

What wasn’t covered at NACW was SB 775, a new bill introduced a few weeks after the conference that, if passed, would create an entirely new cap and trade program post-2020. Intended to create more stable carbon pricing and accelerate carbon reductions, the program would be a marked departure from the current iteration.

The bill requires two-thirds support in the Legislature and it’s likely to experience some challenges along the way. In terms of timeframe, Governor Jerry Brown has requested cap and trade authorization by July.

In the meantime, it’s probably worth considering what the bill’s potential passage could mean for Quebec and Ontario. Quebec’s program is currently fully linked to California, with Ontario planning to join in 2018. The proposed system will not link to any other jurisdiction until their minimum carbon price is equivalent to or more than California’s, and only if the linkage won’t damage California’s dividends. Watch this space.

Stephan Wehr is the Vice President – Technical Services at The Delphi Group. To find out more about his experience at the NACW conference and/or about Delphi’s GHG reporting, verification and accreditation services, please contact him at swehr@delphi.ca.