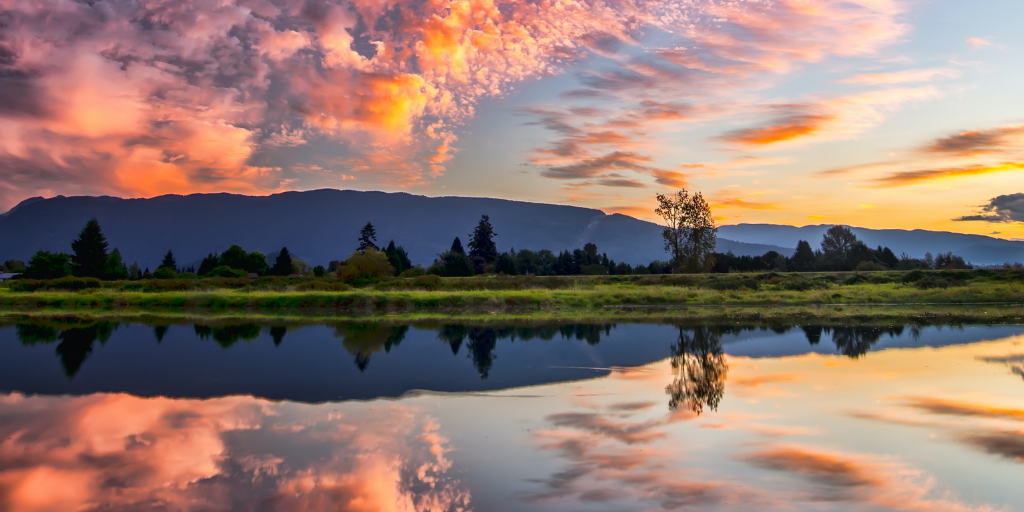 Getting to Net Zero Together: Next Steps in Canada-U.S. Collaboration

Climate ambition in North America is heating up.

Last week, Canada, the U.S. and a handful of other countries announced new climate targets at the U.S.-led virtual Leaders Summit on Climate. President Biden committed to reduce greenhouse gas emissions by 50-52% below 2005 levels by 2030, and Prime Minister Trudeau committed to 40-45% by 2030.

These new targets get us closer to meeting the Paris Agreement goal of limiting warming to well below 2C, ideally 1.5C, and are important milestones on the road to net zero. The question is, how will these targets be achieved?

We get by with (a little) help from our friends

Active collaboration can help us go further, faster — especially in a partnership where there is much to gain by acting in concert. Canada and the U.S. have the largest trading relationship in the world. With integrated supply chains and the vast movement of goods and resources, what happens in one country often directly or indirectly impacts the other.

GLOBE Capital, which took place April 13-15, provided an important platform to continue the conversation. Canadian Minister of Environment and Climate Change, Jonathan Wilkinson, and Founder & Chair of the Center for American Progress, John Podesta, discussed key priorities for rapid and impactful progress, including:

It’s not surprising that these were among the top priorities highlighted. In the U.S., transportation remains the single greatest source of emissions. For Canada, oil and gas and transportation comprise half of our emissions and, as the latest National Inventory report showed, emission increases in these sectors outweighed reductions in all other areas. Despite the pandemic, CO2 and methane emissions continue to rise at an alarming rate. Research from the US National Oceanic and Atmospheric Administration (NOAA) found that the 2020 increase in methane levels was the highest on record.

Facing these challenges effectively is going to require a concerted effort. Fortunately, both countries have valuable experiences and policy tools to bring to the table.

There are a number of areas where Canada can offer support on policy approaches to reduce emissions.

President Biden announced an ambitious goal to have a clean electricity grid by 2035, and will look to pass into law a clean energy standard (CES) requiring utilities to include more power from renewable sources. Given the current reliance on coal in the U.S., this will be no small feat.

With Ontario’s coal phase-out policy and subsequent federal standards mandating a nation–wide coal phase-out, Canada has seen considerable success in our electricity sector, reducing emissions by 56 MT since 2005. We have learned some tough lessons about timelines, costs, and effective communication in the process. As Minister Wilkinson highlighted at GLOBE Capital, Canada continues to support a just transition in an effort to ensure sensitivity to all regions and all sectors as we move to a low-carbon economy. From sharing our experiences to sharing abundant hydro, Canada can help the U.S. decarbonize its electricity grid.

In Canada, effective carbon pricing is a key tool in meeting net-zero targets. The U.S. is unlikely to achieve sufficiently deep reductions without it.

At the Leaders Summit on Climate, International Monetary Fund Managing Director, Kristalina Georgieva, called for an international carbon price, starting with a set minimum price among the G20.

In 2019, building on years of experience in various provinces, Canada implemented a national benchmark with a minimum standard for stringency of carbon pricing. Currently set at $40 per tonne of CO2e, the price of carbon will increase by $15 per year starting in 2023, rising to $170 per tonne in 2030. Regular review is an important part of effective pricing. Canada recently shared the results of its interim report and the federal Output-Based Pricing System (industrial pricing) regulation will be reviewed in 2022. Outcomes from the review process, as well as valuable lessons from Canadian industry, will be helpful for the U.S. and other jurisdictions assessing pathways to meet their climate targets.

While carbon pricing may not be politically viable for the U.S. at the moment, business is becoming more vocal in expressing support for market-based approaches to level the playing field. Joining some of the largest companies in the U.S., there has been recent support from surprising new sources like the American Petroleum Institute and US Chamber of Commerce. There is still considerable work to be done to effectively introduce federal carbon pricing in the U.S. but in the meantime, Canadian partners can share valuable insights.

Together, there’s also incredible potential for Canada and the U.S. to advance the development of international carbon markets. Article 6 of the Paris Agreement allows for countries to cooperate using internationally traded mitigation outcomes, meaning emission reduction activities undertaken in one country can contribute toward another country’s climate target. Canada played a leadership role in ensuring international markets were included in the Paris Agreement, but discussions have since stalled in implementing Article 6. With the U.S. back at the table, hopefully the international community will reach an agreement to move ahead with global market mechanisms that emphasize environmental integrity and transparency while also providing significant cost savings in helping countries meet their new targets.

Another often overlooked policy approach is green procurement. Canada is a significant source of essential materials for the US. We also typically produce lower carbon materials than those made elsewhere, and there is considerable potential to double down on this. As part of the Greening Government initiative announced at the Leaders Climate Summit, Canada and the U.S. agreed to collaborate on net-zero supply chains for buildings and vehicles, which could drive further innovation and production in low–carbon concrete, wood, steel, aluminum, and other metals and minerals.  As Minister Wilkinson highlighted at GLOBE Capital, the ‘Buy Clean’ approach, starting with green public procurement, offers a strategic opportunity to build back better in a way that benefits both countries.

We’re all in this together

By the time COP26 in Glasgow rolls around in November this year, countries responsible for nearly 80% of global GDP will have pledged net-zero emissions by 2050 — or, in the case of China and Brazil, 2060.

One-fifth of the world’s largest corporations have set net-zero targets. The race to net zero is off to a flying start but achieving interim targets, let alone reaching net zero, will require new ays of working together.

Through collaboration with our greatest ally, Canada can ensure it plays a leadership role. We’re living at a time of great responsibility, but also great promise. By working together, we can ensure prosperity and a sustainable planet for generations of North Americans to come.

For more insights on the roadmap for Canada-U.S collaboration, you can purchase a recording pass to watch the GLOBE Capital Opening Ceremony featuring Canada’s Minister of Environment and Climate Change, the Honourable Jonathan Wilkinson, in conversation with John Podesta, Chair and Founder of the Center for American Progress and former counselor to U.S. President Barack Obama. All session recordings will be available on the GLOBE Capital Agenda until May 15.

Melissa Harris is a Director with The Delphi Group. For more information on North American climate policy or the role of policy in achieving net zero, please feel free to reach out to Melissa directly at mharris@delphi.ca.