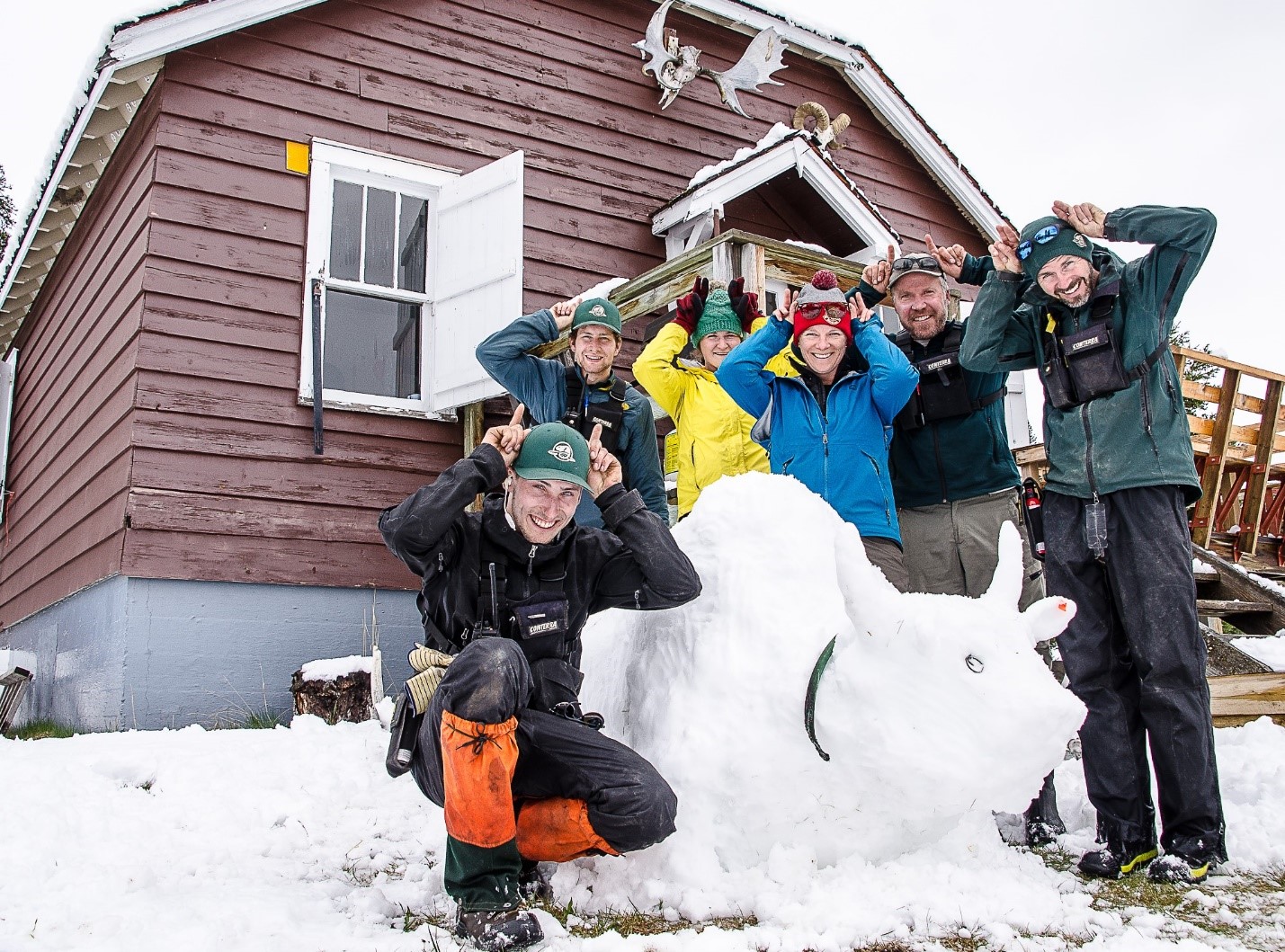 Going Wild with Bison in Banff National Park: The Volunteer Experience of a Lifetime

The sun rose slowly over the mountains as I drove to Banff National Park for an incredible week in Banff’s most remote backcountry, where I was volunteering with Parks Canada as part of their Bison Reintroduction Project.

Bison have been extinct from the Banff landscape for the past 140 years. The Reintroduction Project is a five-year pilot program designed to answer the question: Can bison return to and thrive in Banff? 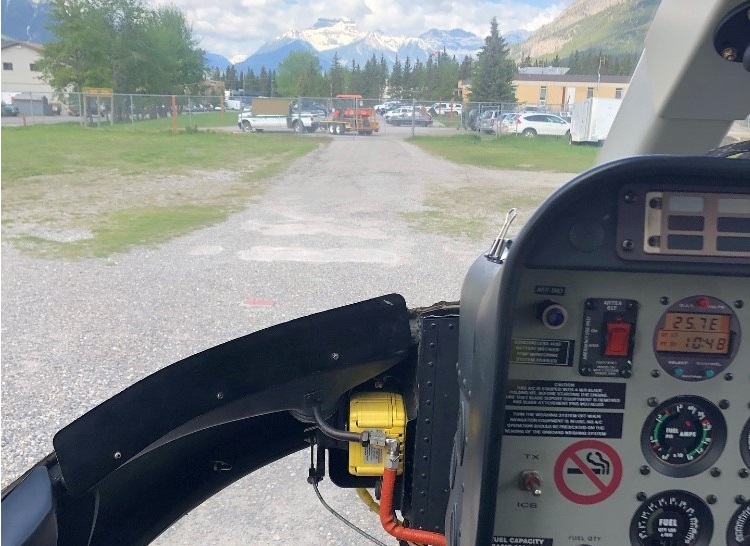 Photo: Ready to take flight from the Banff Warden Office. 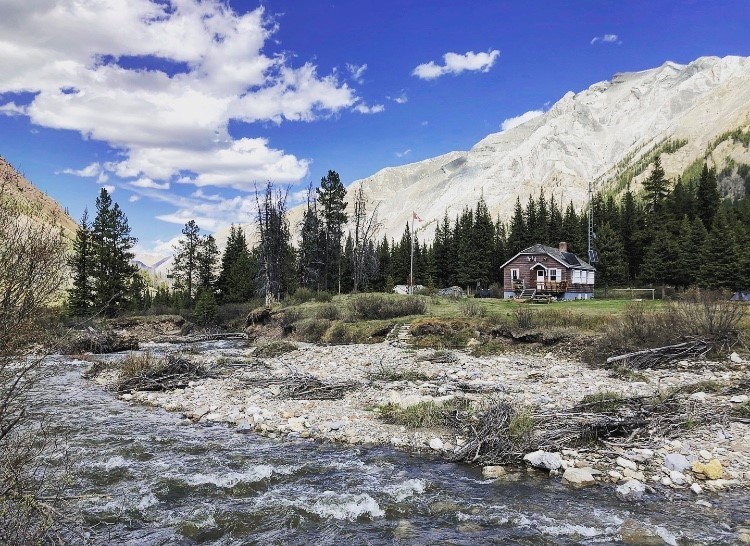 Photo: The author’s home sweet home for the week.

I had the privilege of spending my volunteering week at the very same site where Banff’s first bison were released in the winter of 2018 — a place called Panther Valley. The goal for my time in Banff was to work with a team to return Panther Valley back to a more natural state by decommissioning infrastructure that Parks Canada had established to support the bison’s transition to their new home.

Are the Bison Ready for Selfies? 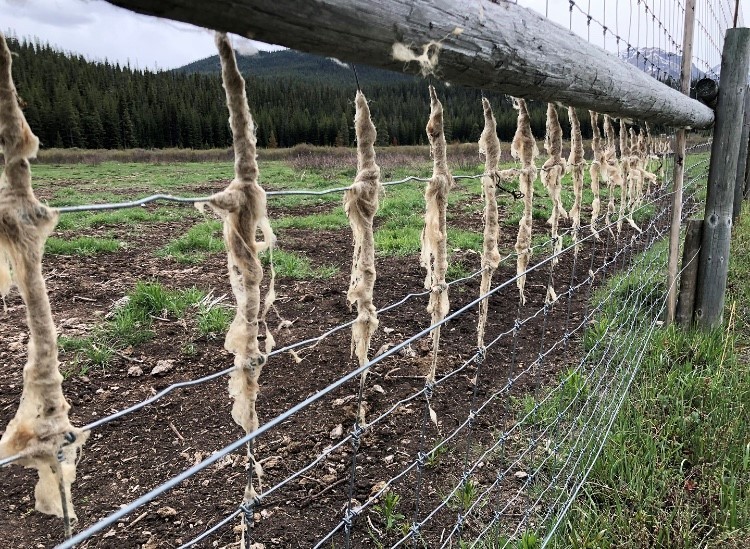 Photo: While no bison were seen, the landscape is full of evidence that they are back.

The bison were originally from flatter terrain in a park called Elk Island. Experts thought that the bison may have trouble adjusting to the Banff mountains. The bison’s absence suggested they were adapting well after all and that they were able to sustain themselves through local foraging and without additional Parks support. Great news for re-establishing a healthy herd!

Now that the herd has re-integrated back into the park, Parks Canada is working to ensure that Panther Valley is returned to its natural state. That’s where we came in. 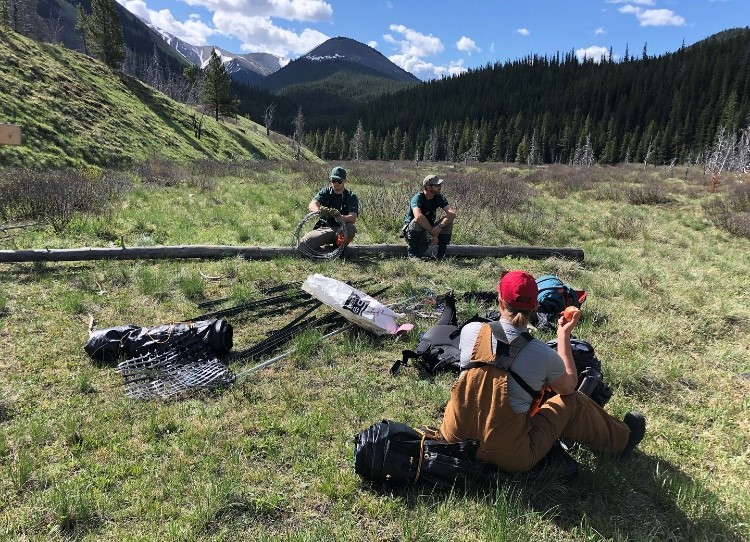 Our responsibilities included removing debris fences (typically logs and sticks piled to make a barrier), snow screens, pasture fencing and release corridors (areas fenced to guide the bison in a specific direction). Ensuring the land is returned to an infrastructure-free state is necessary to keep habitat and wildlife corridors intact for the other animals (mountain sheep, elk, wolves and bears) that call Panther Valley home. 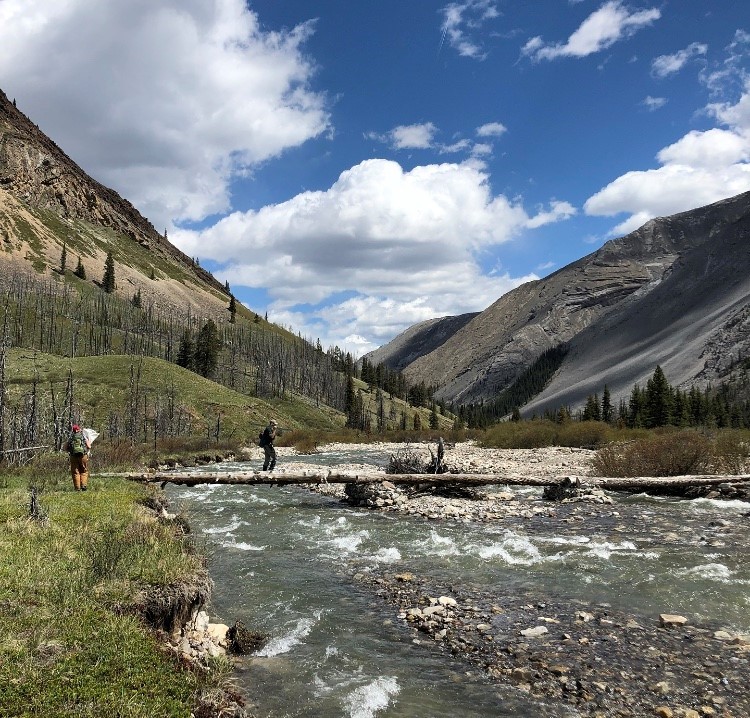 Photo: Crossing the Panther River with summer pasture materials – both beautiful and nerve-wrecking! 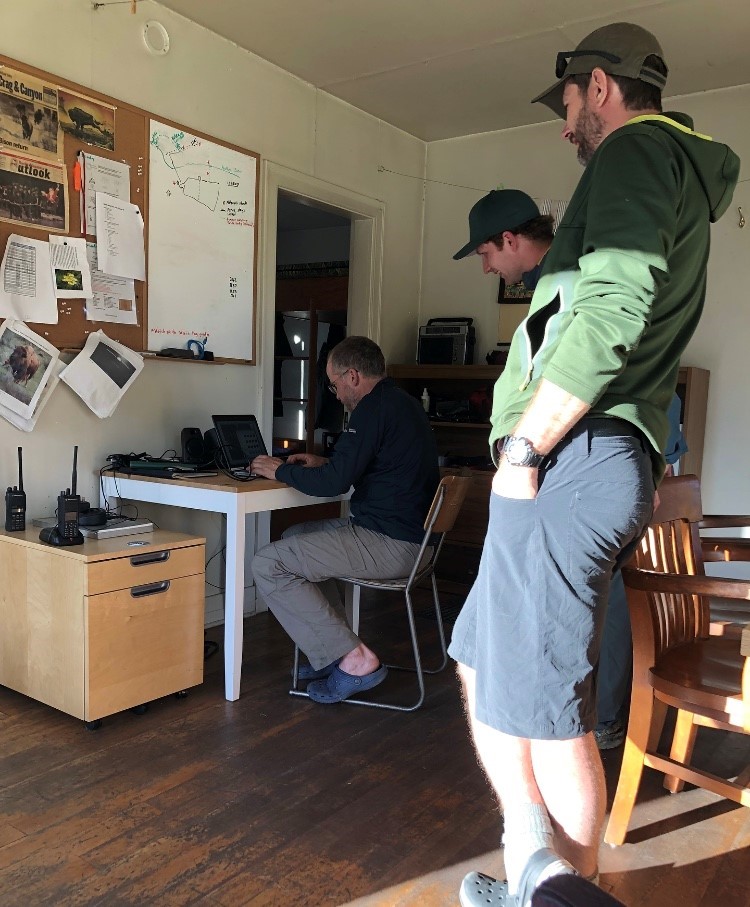 Photo: Checking in on the bison using GPS data was an evening ritual.

Even though these bison have been successfully fending for themselves over the last two years, Parks Canada staff remain vigilant. Bison are federally protected within Banff National Park. However, bison do not have ‘wildlife status’, meaning they could be hunted legally if they venture onto Alberta Crown land.

To protect the bison, Parks staff monitor the herd and use GPS collars to track their location. This helps ensure that bison stay within the ‘safe zone’. It also gives Parks the chance to react if bison enter the buffer or ‘hazing’ zone – a zone between the safe zone of the national park and the grazing leases of Alberta Crown land.

Ending My Week of Adventures, Beginning a New Future for Banff Bison

As a result of considerable resources, funding and dedication by Parks Canada, bison are once again roaming the mountain landscape of Banff National Park. So much has been accomplished and learned through this project that applies to re-establishing other extinct species in the area. While the future of the herd isn’t set in stone, for now, these bison have a new lease on life and the opportunity to roam their home freely for the first time in 140 years. 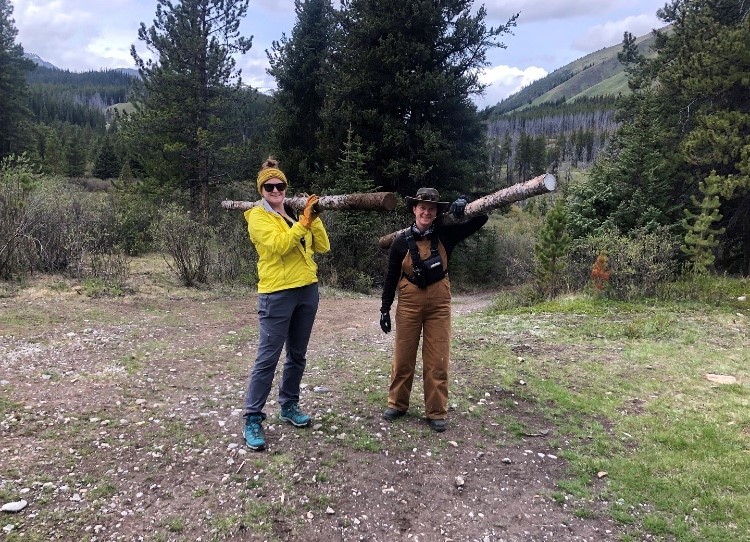 Photo: The author (Left) and another Parks Steward volunteer (Right) lug posts back to a helicopter staging area.

This volunteer experience was made possible thanks to the Banff National Park Steward Program, Parks Canada and Delphi’s volunteer program. Delphi provides employees with two paid days a year to volunteer for a project or cause of their choice. I encourage anyone with the time and resources to volunteer to seek out unique opportunities. If you’re specifically interested in taking part in an environmental or science project, the Canadian government has a citizen science portal where you can find a project near you.

Kristine O’Rielly is a Cleantech & Innovation Consultant at The Delphi Group. For more information about the Banff National Park Steward Program, Parks Canada or The Delphi Group, feel free to reach out to Kristine directly at korielly@delphi.ca